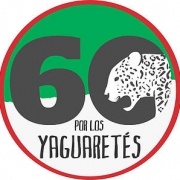 Through an original Instagram filter, Fundación Vida Silvestre seeks to raise awareness of this problem, which only on routes of Misiones, causes more than 3000 animals to die each year by drivers who do not respect speed limits. It is necessary to work comprehensively to control this problem.

Through an interactive and role-playing format, the filter “Save the jaguar” (Salvá al yaguareté in Spanish) filter seeks to mobilize users by taking on the skin of a jaguar, which must avoid being hit by cars and trucks on a route that crosses an area of jungle, the habitat of this endangered species. While it is a virtual experience created for a social network, it seeks to demonstrate that for wildlife the hit-and-run is a real threat.

Routes and roads that cross protected natural areas fragment the habitat of wild animals. Fragmentation and loss of fauna affects the entire environment, but mainly large predators such as jaguars, since in addition of being directly threat, smaller animals that are part of their food are also affected.

On Misiones more than 3000 animals die each year by drivers who do not respect speed limits. More than 8 animals are run over per day, among lizards, birds and small mammals, to large animals such as jaguars, pumas or tapirs. While various awareness-raising, signage and sporadic speed controls were carried out in recent years to improve this situation, the measures did not show great results.

Together for jaguars: Argentina, Brazil and Paraguay united for the conservation...

Saving the jaguar, an ambassador for the americas
Scroll to top